roup therapeutic work had never appealed to Kerina, who was diagnosed with borderline personality disorder and obsessive compulsive disorder in her 30s after suffering from mental health issues all her life. “You sit there reading paperwork and it feels like you’re in a classroom,” she says.

Then two years ago the community mental health team in Mid Ross in the Scottish Highlands gave her a “social prescription” – referring her to Branching Out, a Forestry Commission Scotland programme designed to help people recover from long-term mental health problems. For 12 weeks she spent five hours a week in the woods doing conservation work, bushcraft and environmental art.

“I enjoyed it straightaway,” says Kerina, who now volunteers as a mentor with the Abriachan Forest Trust, where she completed the course. “It’s so different from your normal life. You go out there and all your worries leave you. We built shelters, tables, workbenches, a kitchen. We chopped wood, we cooked, we sat around the campfire. 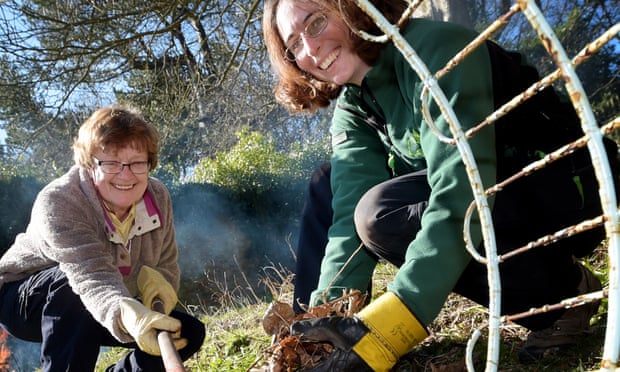 THERE’S a powerful tenet rooted in the Talmud — ostensibly, the Jewish book of law — that goes, "Whoever saves a life, saves the world."

Whether one takes this statement literally or metaphorically, its guiding principle of interconnectivity has never been more timely, with an ever-increasing number of local arts organizations harnessing the power of music to reach out to those living in society’s shadows — and perhaps even saving a life or two along the way.

The Grade 9 student at White Pines Collegiate and Vocational School created eight pieces of art to be displayed in a staff entrance at Sault Area Hospital.

“A lot of family” have been treated at SAH, said Avilla.

“I really wanted to make something that would mean something,” she told The Sault Star on Tuesday.

Avilla talked to four former patients, including her grandmother and mother, for a personal story piece that includes each person's handprint. They also explained why they were in the hospital, what they thought of staff and what they'd like hospital workers to know.

“These four people here and many more have experienced a life-changing circumstance that have been guided by you,” said Avilla as part of her work.

She is hopeful her art will act as a pick-me-up for SAH employees who may be having a rough day or wondering if their work is making a difference. A new art piece will be on display at the Allan Blair Cancer Centre in Regina, courtesy of high school students from the Ochapowace First Nation.

On Tuesday, a three-panel canvas piece was unveiled which was painted by the students. It depicts a scene featuring several buffaloes — an animal that symbolizes strength and courage — and includes a white buffalo, which is especially rare.

The aim of the art is to bring hope to cancer patients. 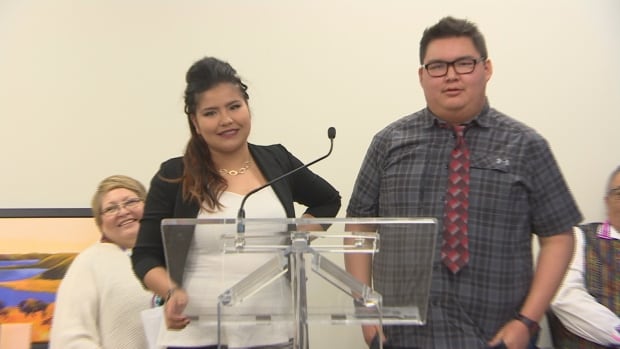 Everyone experiences the occasional earworm, when a catchy piece of music seems to stick in your mind, even after it’s no longer playing. Recent studies have indicated that music may have significant effects in the brain, and researchers can now visualize it.

Despite the fact that taste in music varies from person to person, all these preferences have one thing in common, which the use of functional magnetic resonance imaging (fMRI) has unearthed.

An fMRI is similar to an MRI because it can create images of organs and tissues within the body. The difference between these two tests is that an fMRI shows brain activity by looking at blood flow throughout the brain.

By studying fMRI scans, Dr. Jonathan Burdette, a professor of radiology at the Wake Forest Baptist Medical Center in Winston-Salem, N.C., and his team were able to show that listening to favorite songs, instead of listening to a specific genre of music, increases connections that positively affects one’s default mode network, an area that creates feelings of self-awareness, empathy and internal thought.

Both listening to and playing music have proved to be effective ways of activating brain areas that can positively affect mental health.